Enlightened review from Yeah I know It Sucks

Yeah I Know It Sucks 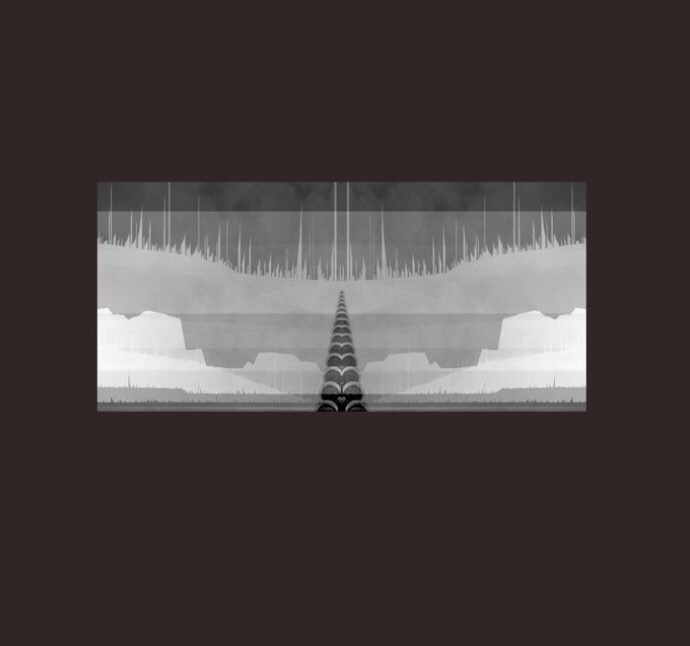 I couldn’t sleep and pretty much bored of counting sheep. Luckily Alan Morse Davies popped up at the right moment with a solution: counting goats. As I counted the goats Alan Morse Davies brought a whole bunch of public domain records to compliment the dream world that I had finally reached. The goats had paraded by and jumped over a random fence quite successfully and now I was in a deep sleep enjoying the music selection of the past as presented, mixed and breath new life into it by Alan Morse Davies.

In my dream he stood behind a deejay desk, but instead of mixing and matching the usual beat orientated stompers into each other, he would spin the historic round sound of forgotten history, glueing them gradually like a collage of ghosts…

Back after a short hiatus, my eclectic spread of recommendations and reviews features, as ever, a bumper edition of recent releases. There’s a suitably seasonal solo album from a Beach Boys imbued Mike Gale that wallows in the scorching rays, called Summer Deluxe; some live action from the Ottoman/Edwardian imbued period fusion of Arab and English music hall Brickwork Lizards, who’s new EP features a quartet of live recorded tracks from the St. Giles sessions; there’s a trippy psych peregrination hard sell from the Submarine Broadcasting Company in the form of a GOATS (not that one, this is another group entirely) cassette tape called Far Out; the latest beautifully, if despondently, articulated songbook from Oliver Cherer, I FeelNothing Most Days; the musical suite in all its glory from Bethany Stenning’s multimedia conceptual art film The Human Project, released via…

We’ve been publicising the new GOATS album for a couple of months now, so we’re absolutely delighted to announce its general release.

Far Out is GOATS’ second album, with a change of personnel and a change of direction. The core members Alan Morse Davies and Declan Owen remain and are augmented by Jorge Mario Zuleta on visuals, plus a number of guest musicians. Musically, there is the experimental feel from the first album, but much, much more: the album comprises a single 38 minute track containing elements of psychedelia, folk, Tuvan throat singing, all interwoven and drifting in and out of focus.

We’ve been really encouraged by the reception this album has received already, with radio play on A Duck in a Tree (resonance.fm), Chunky’s Choice Cuts (dapper.fm), In Memory of John Peel, Wonky Planet Wireless Show  and The Institute of Spectra-Sonic Sound, amongst others, and positive reviews in a number of blogs, including Houdini Mansions, Mystic Tape Deck, and Yeah I Know It Sucks.

We’re leading with a cassette format, available only from our Bandcamp store. Far Out is also available as a download from Bandcamp, iTunes and Amazon.

It feels like your using your personal super power of flight and sailing along above the earth hearing many disparate sounds and occasionally dipping in on different places around the globe for a closer listen.
— Albert E. Trapezoid

You can listen to and purchase Far Out here:

Do give it a spin.

But that’s not all. To accompany Far Out Jorge Mario Zuleta has also produced a full length video, entitled How to Cook a Queen. As befits a sister-piece to Far Out, it’s another psychedelic trip, surreal, spellbinding, disturbing and intriguing in equal measure. You can watch How to Cook a Queen here:

Next month we have another big release, the much anticipated new album from experimental supergroup GOATS.

Far Out is GOATS’ second album, and it is a different beast from the first album. There has been a change of personnel, and this time the album is a single 38 minute piece; chief goat herder Alan Morse Davies describes it as a song cycle, more of which later.

We’re leading with a cassette release for this album; digital formats will be available from our Bandcamp store and selected other platforms. Note that due to the continuous nature of the music, the cassette is single-sided, so the second side is free to do with what you will. We recommend trying to record your favourite tracks from the top forty, but without the DJ’s voice on the intros.

There are already some excellent reviews of ‘Far Out’ (like Albert E. Trapezoid and Mystic Tape Deck which both brilliantly capture the spirit of Far Out, but if clicking on those links is way too tricky, here’s the SBC take: Far Out is like a journey, or perhaps a trip (remember kids, drugs are bad!) where you’ll encounter found sounds, shimmering ambient canvasses, complete songs, bent circuitry, all overlapping and merging, occasionally crystallizing into focus before disappearing from view and being replaced with something new. It’s experimental, but accessible, Dadaist but emotional. Go with the flow, let it wash over you, drink deep and you’ll discover a truly unique work of art.

Ah, autumn, season of mists and mellow fruitlessness. Our release for the tail end of September is ‘Suburban Solitude’ from our resident mystic t.r. hand in collaboration with Glauber K. de Souza of the Amao Quartet.

The album contains the field recordings and sound collages you’ve come to expect from t.r hand, but taken in new directions with electro-acoustic instrumentation from Glauber K.S.

It’s a meditative and subtle work, one that demands to be listened to at length; a soundscape that needs to envelop you and move you.

We’re delighted that this work has already picked up a positive reception; most of the tracks are too long to be radio-friendly but this album will reward the listener that seeks it out.

As with the previous t.r. hand album, we’re delighted to offer this album in both digital and physical editions. Suburban Solitude is available from our merch store as a deluxe book/CD package, designed by the radical design collective Glove of Bones. As you can see, it’s a beautiful thing.

In other news, we have some groovy stuff still to come this year. A very special album by Hans Castrup, new work from Leaving Richmond and Whettman Chelmets and the sophomore album from GOATS. Come get some!

It’s starting to get busy here at the Conning Tower, what with Exhibition and possibly Klang coming up, plus one secret project and two confirmed new artists. So, in our wisdom we decided to release three new works on the same day. You can thank us later. Anyway, we have pretty much something for everyone. Starting with…

We’ve been trailing the Manipulant EP for a while, but now it’s finally released. Manipulant is musician and singer David from Lancaster, Pennsylvania and had a lot of radio airplay with his previous Eclectro album. The new EP ‘perspective’ is a melodic slice of electro that ranges from funky to seductive to jazzy to dramatic. We’re pushing tracks like SandS and Shiveresque to the US university radio stations as we think they really stand up to mainstream radio exposure. You can buy ‘perspective’ from iTunes, Amazon and our Bandcamp store here:

Cousin Silas needs no introduction for fans of ambient music, and that makes it all the more pleasing that he has chosen to place another release with us. ‘Radio Galaxies’, as its name suggests is a collection of cosmologically-themed pieces. Long-form, and deliberately slow-paced and evolving, this is an album that needs to be wallowed in. ‘Radio Galaxies’ is available from our Bandcamp store:

GOATS is a brand new experimental project, comprising Alan Morse Davies (The Clock House, At Sea Records, Truck Stop Rent Boy), Ade Hodges and Declan Owen. The album, made up of five goat-themed titles, also features Neil Campbell of Vibracathedral Orchestra fame and Rene Kita. The music is experimental and ever-changing, challenging in places and accessible in others. The album is ‘name your price’ on Bandcamp but any money raised will go to Médecins Sans Frontières (MSF) so we hope you’ll give generously.