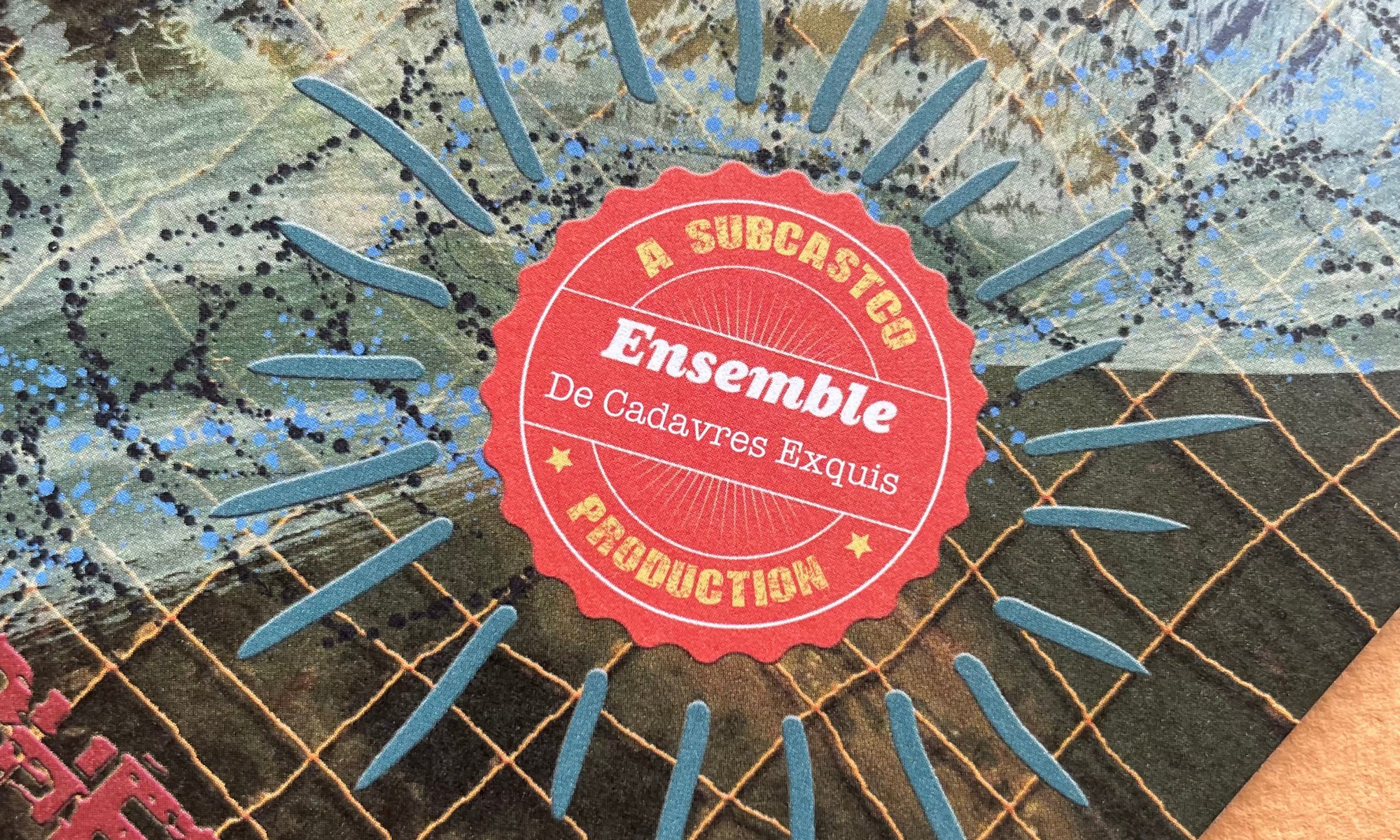 In this instalment the ghost catching net was thrown into the realm of Artificial Intelligence. This has produced a very different entity than the previous volume.

Six digitally drawn images were used to create audio output. The resulting sounds include ghost songs, bird & insect noise, beamed in voices from TV and cartoons and all manner of other sonic interference.

The AI generated sounds soundtrack National Anthems for failed states to the kind of broken and haunted lounge jazz you might find playing in the breakout area of a redundant robot disassembly plant, picking up the deconstructing remains of crashed programs. These pieces strip any concept, narrative or personality from the sources that the Ensemble then went to work on.

Each of the Ensemble provided their aural feedback, independent of each other, using electronic and analogue instruments, but all within the ambience and meter of the root tracks, the fruits of these endeavours are then democratically layered together to produce the final pieces with the intention of giving flight to each artists creativity.

The resulting 6 pieces are sonically dense, laden with anxiety and range from scat singing to guitar heavy feedback often within seconds of each other.

This visual accompaniment shows the source images that were feed into the machine in order to coax out the root sounds.

The images were also used to produce much of text content in the accompanying publication.

Additional visual materials have been provided by Hans Castrup and Antonella Eye Porcelluzzi.

The project is currently available as a zine, this can be purchased HERE.

The Glove of Bones

I cannot thank the Ensemble members enough for indulging this fantastical and insane project. In mixing and finalising this record I truly feel we have reached the small objective of making something ‘other’. Thank you all.

The Ensemble would like to thank the Submarine Broadcasting Company for providing some semblance of legitimacy to this strange experiment.