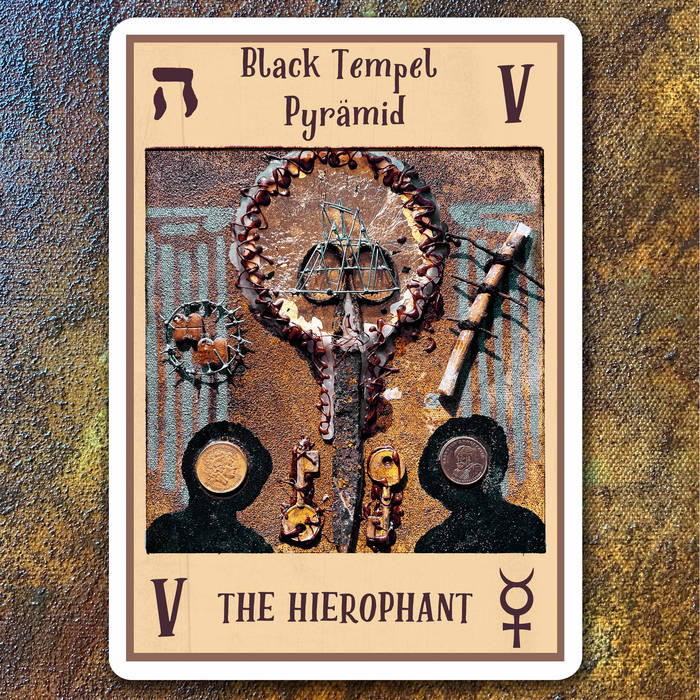 In the traditional tarot deck, the Hierophant is the educator / the universal tree of knowledge. In this album, I interpreted that theme as the Planet Earth being our Hierophant and Humans the various deck of Tarot cards.
–PRP
Released May 2, 2021

Cover by the Glove of Bones
Special thanks to the Pärk Family Orchestre, Rob Mellor and the GOB.

The cassette edition has unfortunately sold out prior to press.